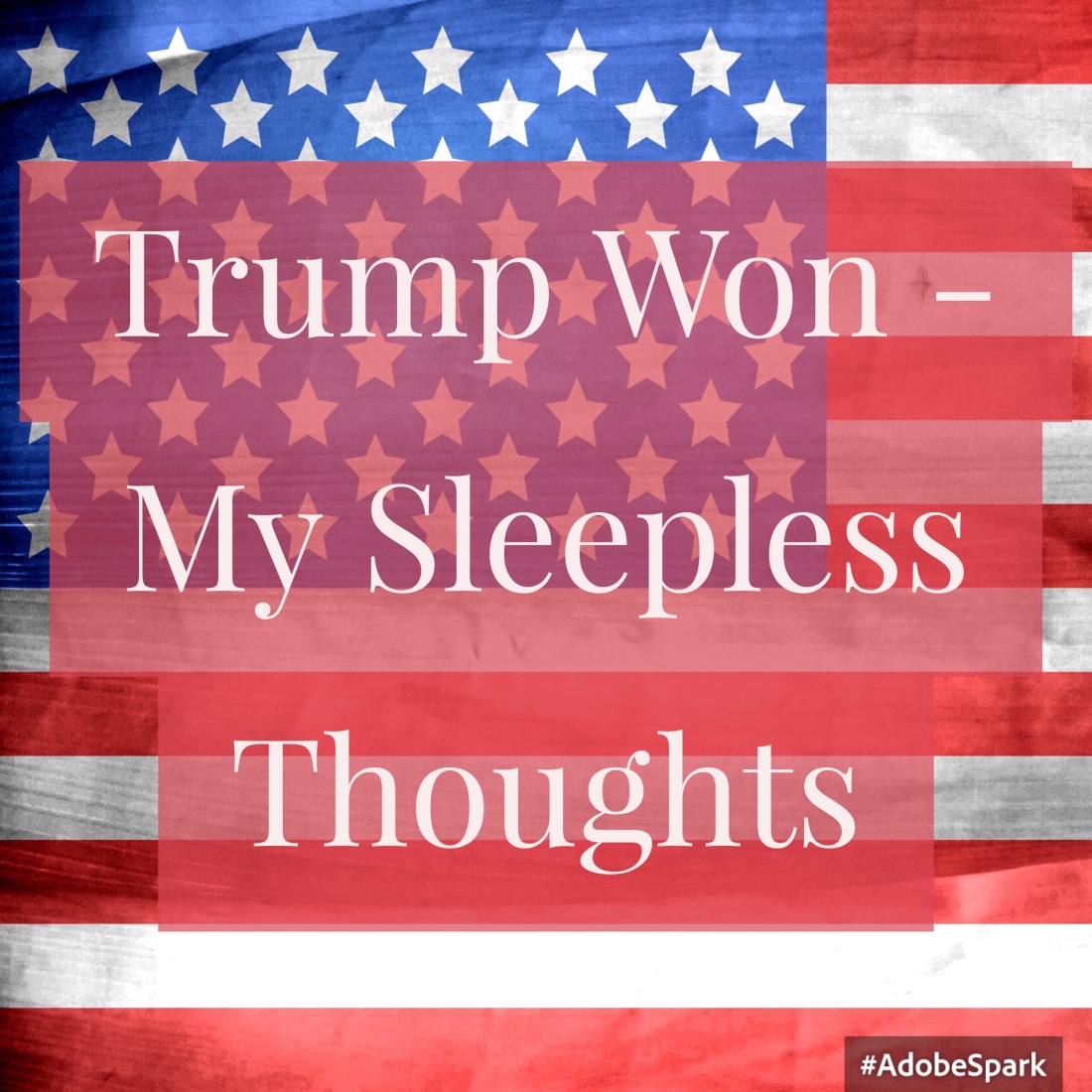 I woke early on Wednesday morning to find that Donald Trump has won the presidency of the United States.

America clearly voted against the Clinton legacy, and I am grateful for that. Trump was not my first choice by far, but he has promised to be a proponent for issues which I support, and I trust he will honor those commitments.

Supreme Court appointments, Obamacare repeal, and other matters of importance face our new president in short order. Praying he is up to the task and that he surrounds himself with a good team to navigate the choppy political waters in the days ahead.

As Scott Adams of Dilbert fame recently wrote, now that the election has happened, let’s all try to be useful.