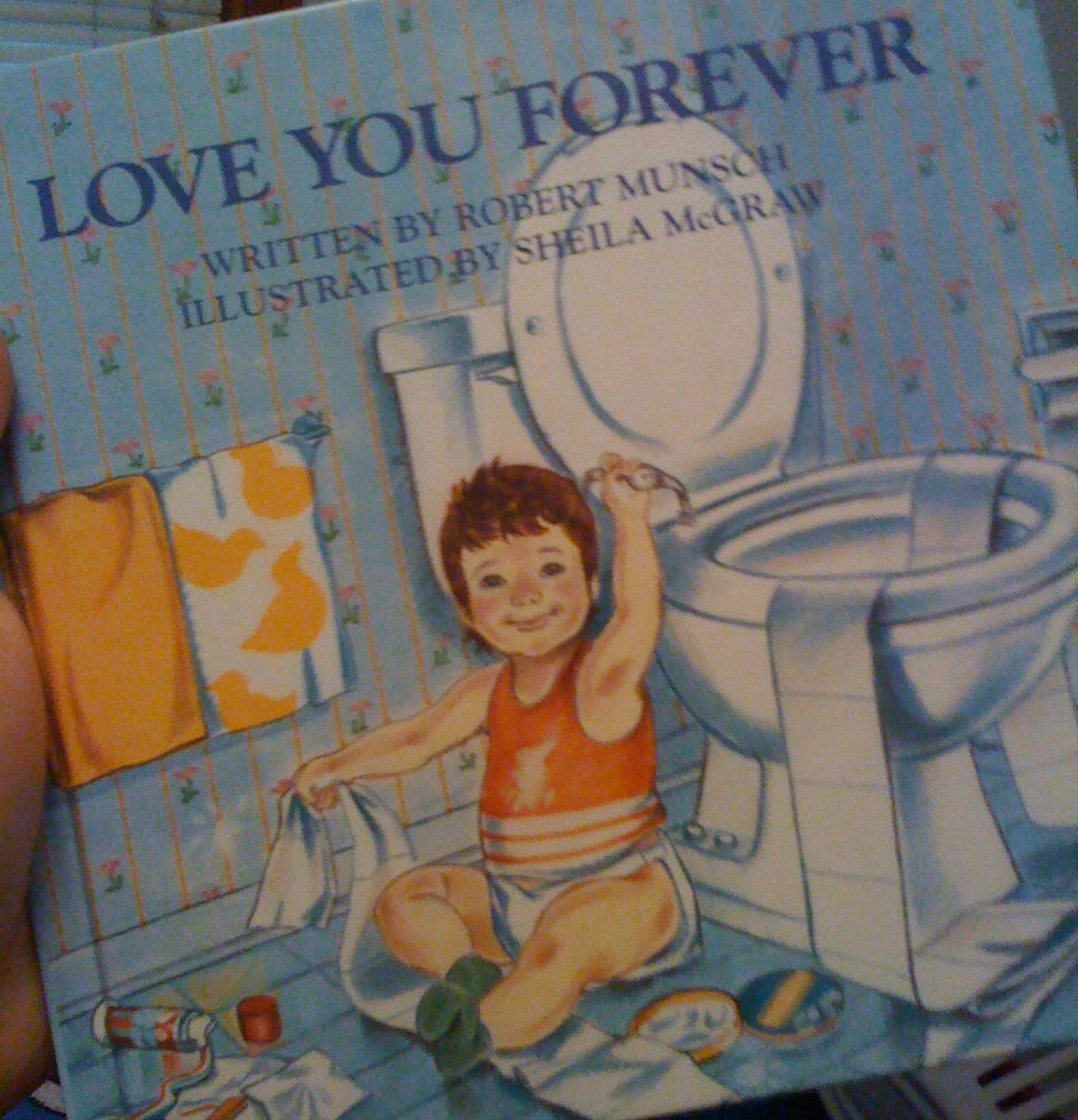 For the past few days, my daughter has been asking to read the book I Love You Forever by Robert Munsch and Sheila McGraw at bedtime. If you don’t know the book (which I wrote about once before here), it is about a mother that sings a song to her son while he is asleep. She sings the same song from infancy to adulthood.

For some reason, the first time Lyddie heard this story, she thought it was funny. Singing to a grown man. Silly!

But I have been explaining to her that the mommy really loves her son, so she sings to him…

As long as I’m living,

My baby you’ll be.

I wasn’t sure she was getting it.

Until the other night.

We had just read the story, and it was time for prayers. She began to pray,

Then she began to sing…

As long as I’m living…

Like I said, I think she’s starting to get it.